Montréal is closer than you think

Montréal is closer than you think. In fact, the city is within a two-hour flight for more than 170 million Americans. The YUL Montréal–Trudeau International Airport offers direct service from every major American city, as well as service to and from over 150 destinations worldwide.

From the airport, downtown Montréal is a mere 12 miles away – that’s a breezy 20 minutes. The 747 bus offers an affordable public transit option from the airport to and from over 70 downtown hotels. And, when the new REM (Réseau express métropolitain) light rail transit system begins operations in 2022, getting to and from the airport will be even faster and easier.

We help you handle customs from A to Z

Our team helps make borders a breeze by connecting you to reliable customs brokers to facilitate all your international customs and shipping needs. These experienced and knowledgeable experts specialize in bringing cross-border meetings and events to Canada. They accompany planners every step of the way, ensuring that all goods arrive on time and are returned quickly and efficiently once the event is over. You’ll have all the customs support you need.

For American citizens, travelling to Canada only requires a valid passport. For many other nationalities, the Electronic Travel Authorization (eTA) is a simple five-minute online process. 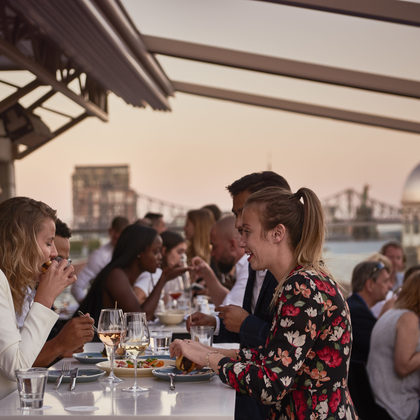 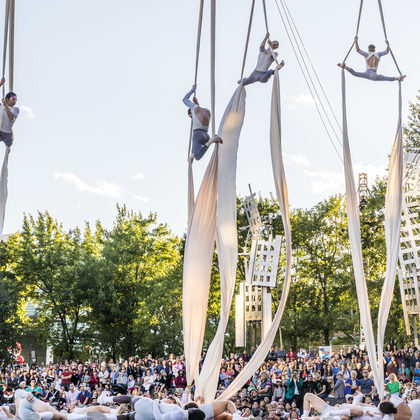 © Eva Blue - Tourisme Montréal
Easy to love: Montréal as your giant playground
See all benefits
Sustainable meetings made easy
Get the guide