Easy to plan: More value for your money

More value for your money

Selecting Montréal as your host city provides a unique financial opportunity for your team and your delegates.

Get 30% more for your dollar

Your dollar goes further in Montréal. The U.S. dollar has surpassed the value of the Canadian dollar 85% of the time over the past two decades. The same is true for the euro. The exchange rate for the U.S. dollar has been stable around $1.30 CAN for several years, offering significant value for American planners. What does an extra 30% savings in exchange rate get you? Simple: It means 30% more food, fun and creativity for your money.

Montréal is an affordable city. Surveys have ranked Montréal as the “most affordable” city among major metropolises in North America. Forbes magazine recently rated Montréal as the #1 best budget travel destination. In 2018, a comparison of eight major U.S. cities showed that a day of meetings in Montréal costs between 13% and 84% less than in the other cities.

While the city is affordable, you will never compromise on quality. The Palais des congrès de Montréal is a world-class convention centre. The city has an eclectic range of stunning off-site venues offering countless opportunities for creativity. Montréal restaurants win global awards and hotels are luxurious and diverse. And all of this within the context of a safe, green and cosmopolitan city.

Claim up to 100% taxes on expenses

Convention organizers and non-resident exhibitors may be eligible to claim a rebate on taxes (GST/QST) paid for convention-related supplies. International or American organizations that hold a conference in Montréal can reclaim up to 100% of taxes on expenses. This includes meeting room rental, accommodations, food and beverage, audiovisual services and other vendor services.

We will partner your team with the right people to take care of the application process with the Canada Revenue Agency on your behalf. Taxes don’t need to be daunting – because we provide the support you need. 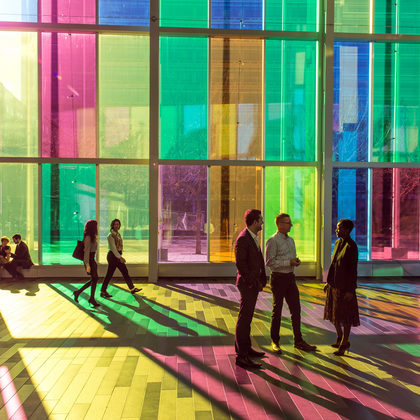 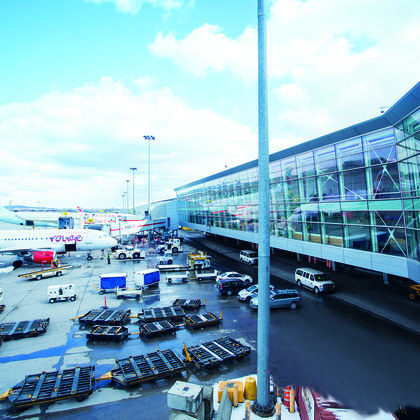 © ADM
Easy to access: Montréal is closer than you think
See all benefits
Sustainable meetings made easy
Get the guide